the shape of mana

This post gives a visual description of the UTXO architecture described in post which introduced manaflow. An important characteristic of the extra functionality is that it does not change the asymptotic validation complexity of a UTXO system - it is the same as Bitcoin. 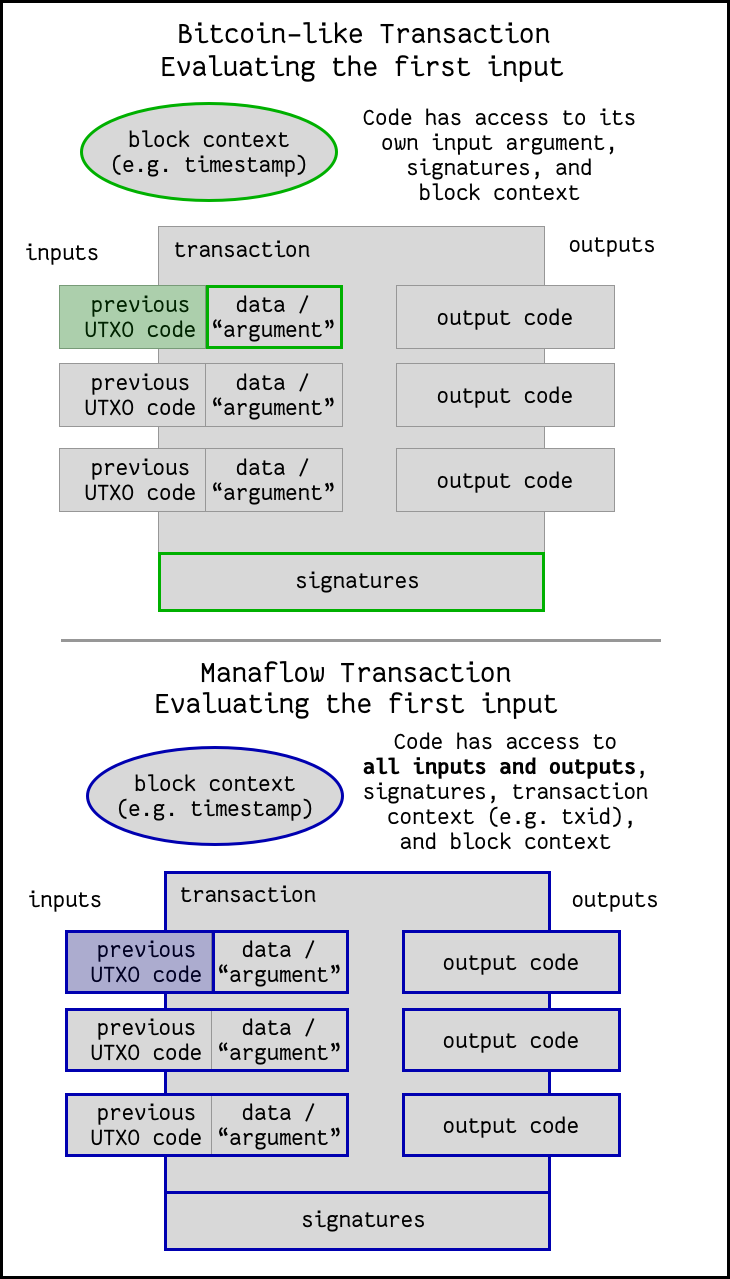 Below are just a few starter examples of what an output script could accomplish. Note the duality between checking conditions at evaluation time, and “setting” at transaction build time.

Note here that ‘persistent’ doesn’t mean that the identifier (the trxID + output number) remains the same. Maintaining a persistent identifier introduces synchronization concerns which would have to be managed by the script itself. In other words, object IDs would be an in-script L2 feature.

In theory, it would require only one additional opcode for Bitcoin to have the same functionality: OP_PUSH_TX, which would simply put the entire transaction onto the evaluation stack. More supportive opcodes would push the specific components of interest onto the stack, e.g. the N’th output.

(Note: This post was written one day prior to the author being shown a certain technique…).